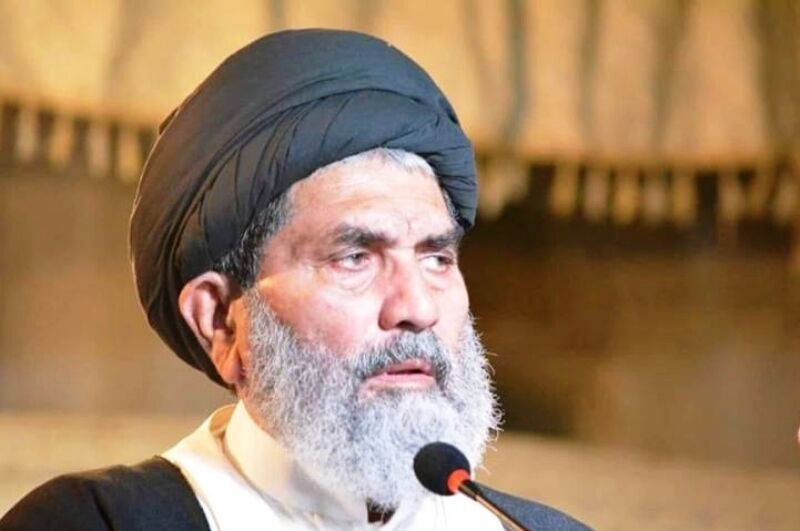 Hojat al-Islam Syed Sajid Ali Naqvi, chairman of the Pakistan Shia Ulama Council and a member of the Higher Council of the AhlulBayt (a.s.) World Assembly, condemned the action of the local government of Sindh province, Pakistan against Husseini mourners.

In a message, he demanded the release of the abducted citizens and their return to their families.

Stating that detaining people without reason and evidence or abducting them, in addition to violating human dignity and human values, is against national, international, and human rights law, Allameh Naqvi said, “God Almighty has bestowed the blessings of freedom on human beings. Therefore, no one can deprive man of this freedom without a reason, and if some people are suspected of committing a crime, they should be punished through a fair trial.”

“Institutions and administrations that kidnap citizens and imprison them without any evidence have acted contrary to the verses of the Holy Quran and the Sunnah of the Prophet of Islam (p.b.u.h), and this is against the Islamic Republic of Pakistan,” said the chairman of the Pakistan Shia Ulema Council, emphasizing that according to the Holy Quran, God has given human beings dignity, greatness, and honor, so imprisoning people is an insult to their human dimension.

“The referral of the issue of kidnapping citizens, from the national and local, to the international level, has caused great concern. Therefore, the United Nations and international institutions, instead of contenting themselves with statements and notes, should also take practical measures to stop these heinous acts against human dignity and for families to live in peace,” he said, describing the abduction and detention of citizens, especially Pakistani Shiites, as “extremely worrying”.