The director of Nasim Rahmat Institute stated, “Changing the view of religion is the most strategic principle for propagating Islamic teachings. Therefore, we must seek a change in views on religion. This change should be greater in Latin America and where there are fewer Muslims.” 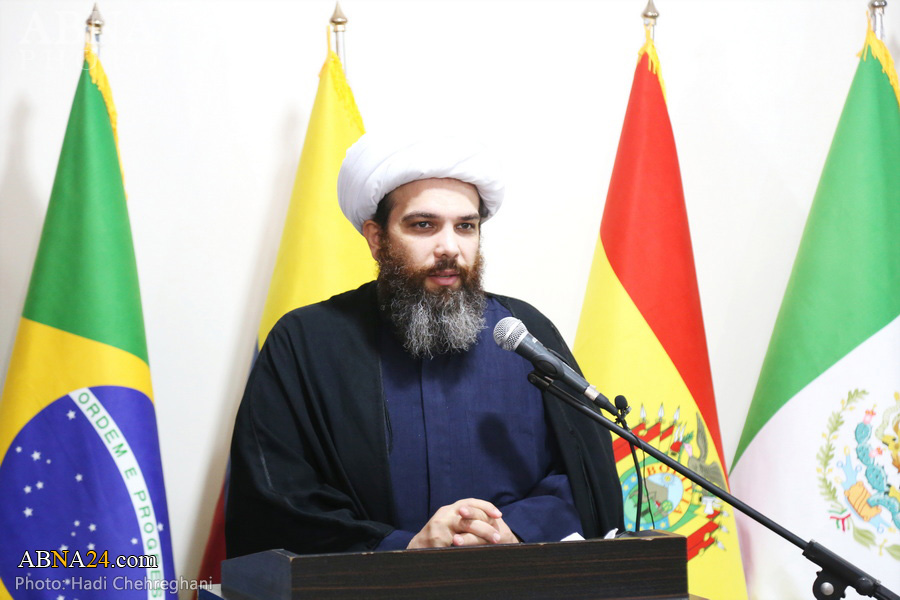 The Conference “Study of the priorities and strategies for disseminating the teachings of the AhlulBayt (a.s.) in the international arena; with emphasis on the Indian Subcontinent, Southeast Asia, and Latin America regions” will be held on Wednesday, December 15, 2021, at 10:00 AM in the conference hall of the AhlulBayt (a.s.) World Assembly in Qom.

In this ceremony, the director of Nasim Rahmat Institute stated, “In Latin America, Muslims make up 0.3% of the region’s population. Also, according to research by think tanks, in 2050, the growth rate of Muslims in Latin America will be negative.”

“According to the statements of the Supreme Leader of the Revolution – “Another change that the Imam Khomeini brought about was a change in the views of religion. Imam defined systematization, civilization, socialization and humanization and the like missions for religion people view of religion completely changed” – changing the view of religion is the most strategic principle for propagating Islamic teachings. Therefore, we must seek a change in views on religion. This change should be greater in Latin America and where there are fewer Muslims,” said Hojat al-Islam Naji, expressing that the vision and horizon of Imam Khomeini and the Supreme Leader is to achieve a genuine Islamic civilization.

“In Iran, the French translated hundreds of works from French into Persian and changed many cultural issues in our country. The Supreme Leader of the Revolution says that translating and compiling books is very good, but as an important point, we should bring our products to the minds and eyes of the audience and translated works should change the views of the audience,” he continued.

“We need to change the view of the audience. According to Ayatollah Ramazani, there is no comprehensive book in the West to introduce the teachings of Islam. Meanwhile, the Catholic Church has published books to introduce and propagate Christianity to the people of the world. Unfortunately, there is no error-free translation of the Quran in Latin America, and there is no translation of the Quran into Portuguese at all,” he added, stating that the written works should be based on the local view.

“I suggest to the Secretary-General of the AhlulBayt (a.s.) World Assembly to establish a body of thinkers, and a link between institutions, to prepare and publish standard works by conducting research based on the needs of the people,” he said in the end.