In a message, European Union of Turkish Ulama of AhlulBayt (a.s.) offers condolences on the demise of Ayatollah Mojtahed Shabestari. 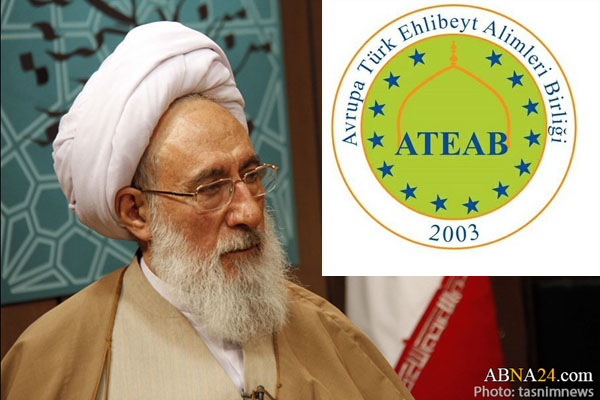 He spent many years learning and teaching in seminaries and spent his honorable life propagating Islam, teaching, and preaching in Iran and various countries, and trained many clerics to serve the Islamic community.

I offer my condolences on this irreparable loss to Imam Mahdi (a.s.) and to the Supreme Leader of the Islamic Revolution, the Ulama, Grand Sources of Emulation, his children, family and relatives, and I God ask for his exaltation.

European Union of Turkish Ulama of the AhlulBayt (a.s.)

Ayatollah Mohsen Mojtahed Shabestari, a member of the Supreme Council of the AhlulBayt (a.s.) World Assembly and one of the pioneers of jihad and ijtihad, passed away on Wednesday, November 17, 2021, at the age of 84.

He was one of the students of Imam Khomeini (r.a.) and an activist of the Islamic Movement who, after the victory of the Revolution, held responsibilities such as representing the Islamic Consultative Assembly.

In 1994, Ayatollah Mojtahed Shabestari was elected as the Friday Imam of Tabriz by the Supreme Leader and held this serious responsibility until June 2017.

He was the former chairman of the Supreme Council of the AhlulBayt (a.s.) World Assembly, the Friday prayer leader of Tabriz, a member of the Combatant Clergy Association, a representative of the people in the Assembly of Leadership Experts, and a member of the Expediency Council.