The head of the United Ummah Center said, “The liberation of Palestine requires a real will of the Muslim Ummah, in which case, not only will Palestine be liberated, but all Israeli equipment will be destroyed, and the United States will leave the region.” 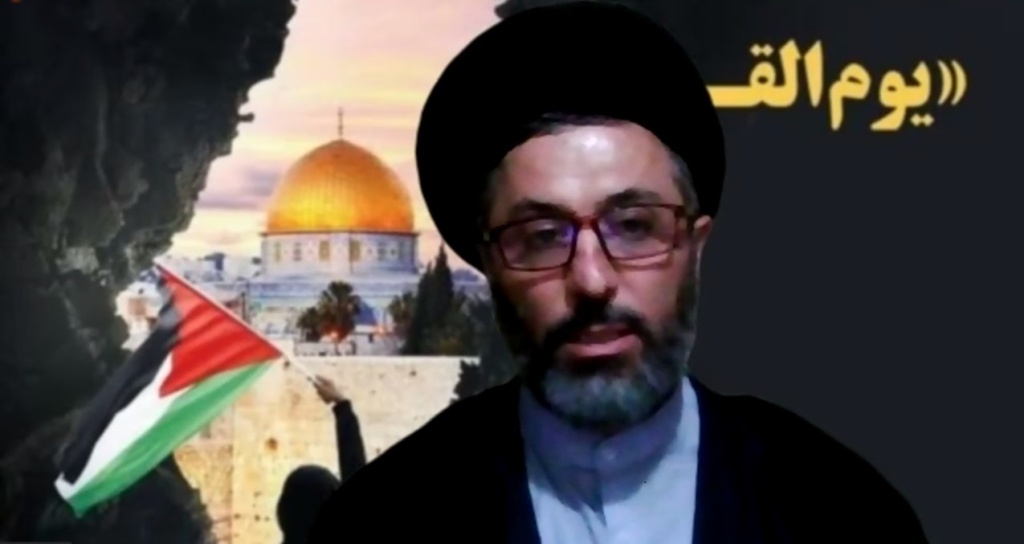 The webinar “Palestine; our first cause” was held on Wednesday, April 27, 2022, on the eve of the International Quds Day, by the AhlulBayt (a.s.) World Assembly and with the participation of the Center of the United Ummah.

In this webinar, referring to the recent operations of the Palestinian resistance, Hojat al-Islam Sayed Fadi Al-Sayed, the head of the United Ummah Center, stated, “These operations have been forward-looking operations, so that the conspiracies to normalize relations with the Zionists were thwarted. By showing their power, the Palestinian youth, formed a new equation in this regard.”

“Imam Khomeini (r.a.) said that if every Muslim pours a bucket of water, it will flood Israel. The recent operations of the Palestinian youth will realize this. In the depths of the occupied territories, these young people are attacking the Zionist regime by sacrificing their lives,” he continued.

“Many Arab governments serve the Zionist regime and support it. After the recent operations of the resistance, it is no longer acceptable for these governments to stay with the Zionists while the Palestinian people sacrifice their children confronting the Zionists,” added the head of the United Ummah Center.

Referring to the need to confront the Zionists, Hojat al-Islam Sayed Fadi Al-Sayed stated, “We need a real confrontation with the Zionist regime. The Zionist occupier regime is committing the worst crimes against the Palestinian people, and the Islamic Ummah should not remain silent in this regard.”

“We see that the Arab and Islamic nations have remained silent in the face of the crimes of the Zionist regime in Palestine. Is the silence of these nations for the food they are given? We have a role model named Imam Hussain (a.s.) who was martyred for not submitting to humiliation. Real confrontation with the Zionists requires real will and intention,” he continued.

“Martyr Nimr al-Nimr stood against the executioner and sacrificed his life. But unlike this martyr, what did the Arab nations do? They just remained silent! Meanwhile, the Yemeni nation showed a new kind of confrontation and stood against an international coalition, marking an unprecedented victory. Because they believe in divine victory,” added the head of the United Ummah Center.

“The sanctities of Palestine do not just belong to Muslims,” Hojat al-Islam Sayed Fadi Al-Sayed stated, “These sanctities also belong to Christians. Therefore, we must all unite against Zionist terrorism. The confrontation requires a complete system that is not limited to military issues.”