In a message, Ayatollah Reza Ramazani, Secretary-General of the AhlulBayt (a.s.) World Assembly, expressed his condolences on the demise of Ayatollah Haj Sheikh Mohammad Ali Feyz Lahiji Gilani, one of the students and companions of Imam Khomeini.

The text of this message is as follows: 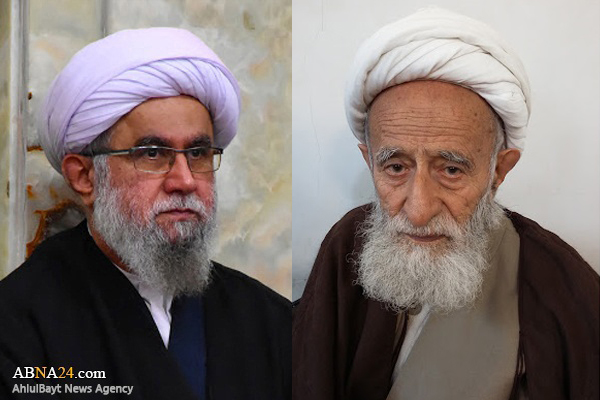 He was one of the students and companions of Imam Khomeini and had benefited greatly from the classes of other grand scholars such as Ayatollah Borujerdi, Ayatollah Bahjat, Martyr Motahhari and Martyr Ayatollah Sadoughi.

Among the revolutionary services of the deceased are the two terms representation of the people of Gilan in the Assembly of Experts, membership in the Society of Seminary Teachers of Qom, the presidency of the Court of Administrative Justice and the representation of Imam Khomeini at Al-Zahra (a.s.) University.

I offer my condolences for the loss of this benefactor cleric to Imam Mahdi (a.s.) and also to the Supreme Leader of the Islamic Revolution, Grand Ayatollah Khamenei, Grand Sources of Emulation, Ulama and martyr-nurturing people of Gilan province, his enthusiasts and students and the honorable family, and from God, for the deceased I ask for the exaltation, and for his family and relatives, I ask for patience.

The Secretary-General of the AhlulBayt (a.s.) World Assembly

It should be mentioned that Ayatollah Haj Sheikh Mohammad Ali Feyz Lahiji Gilani, a member of the Society of Seminary Teachers of Qom and one of Imam Khomeini’s companions, passed away at the age of 97 on Thursday morning, August 27, 2021, due to the old age.