The Secretary-General of the AhlulBayt (a.s.) World Assembly said, “Ethics does not mean reading a thousand ethical books. Because one may read many ethical books, but he is far from the comprehensiveness of morality, according to Quranic verses and hadiths.” 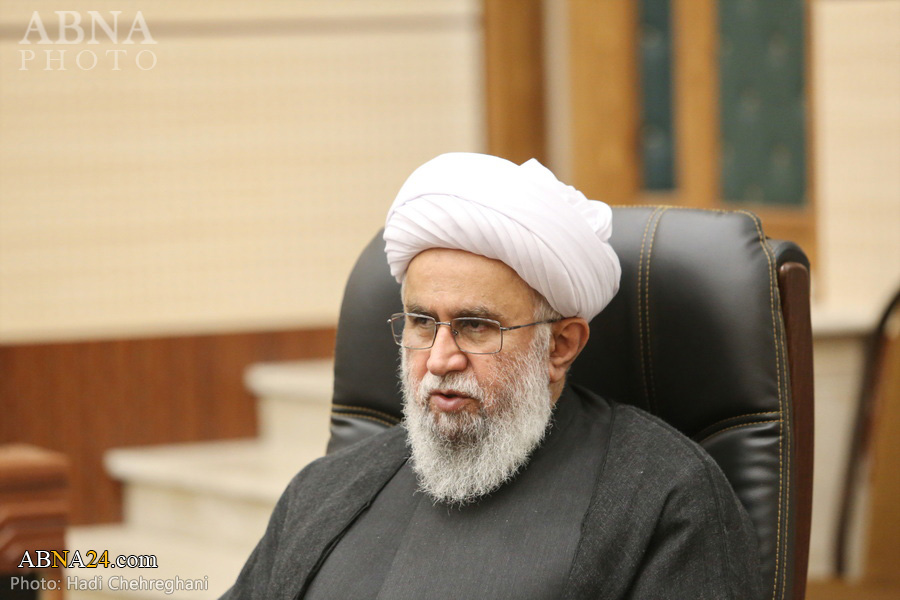 In this class, Ayatollah Reza Ramazani stated, “In the Quran, God says to the Prophet Moses (a.s.): ‘You raise the dead with my permission.’ The important point to be considered in this type of verses is that it is said that man has such power, and this is part of the realm of human existence. Therefore, if we have completed all educational degrees or become mujtahids, we should not think that we know ourselves well and completely. Because the truth of human nature is far superior to these issues. Everyone has such talent and capacity, while some have used it, and some have not.”

We need to know our existential capacities

“Man’s inner understanding is very deep and is higher than the understanding of robots made by modern man. Certainly, something like immaterial rational soul will not be made by man, but what is made is related to material and physical matters. We should relate to ourselves. That is, sometimes there are some concepts that we know the generalities of but do not go into detail. Because we have not found the necessary expertise. Just like when it is said that someone has a heart attack, or someone has a liver problem, we only know the generalities of these diseases. But a physician knows the exact details and the cause. Communication with ourselves also means knowing our set of existential capacities and connecting them,” he added.

“Human existence is like a pyramid with a rational soul at the top. But it also has dimensions and aspects that we need to identify, and when we make a connection between these branches and leaves, we will move towards felicity. One of the most important branches of communication with the soul is the knowledge of cognition, power and love. The knowledge of cognition means that man has perception of his various existential levels, including intellectual and intuitive cognition. We can know anything we want, but only as much as we try,” he said about the introduction of the realm of human existence.

The importance of scientific power in the realm of immateriality

“In the thousands of years that have passed since human life, many issues have been raised that humans did not believe in before. But today, with scientific power, these issues have been proven empirically. But another issue is scientific power in the realm of immateriality. That is, to have an understanding of ourselves. We must revive the scientific power in the realm of the immateriality. Some, like Plato, do not see science as learning, but as a means of reminding, and believe that by removing the curtains, everything becomes visible to man and his world becomes wider. One of the differences between Aristotle and Plato was that one considered science to mean reminder, and the other to consider science as learning,” he added.

Regarding the unknown realms of man’s existence, Ayatollah Ramazani stated, “There are some things that a person can achieve without studying anywhere. We have had people who were illiterate but memorized all the Quran. This is one of the things that man has been able to achieve without education. Among the Islamic seminary texts, there is a book entitled “Al-Makasib” in which verses from the Quran are mentioned in some places. The late Nawab Safavi and Ayatollah Makarem Shirazi said that they gave the book to Karbalai Kazem Saruqi (who was illiterate but memorized all Quran) and asked him to read it. But he could only read the verses of the Quran and could not read the rest of the book. Therefore, it must be clarified what is the story of this type of human? Is there a truth in man that if he is well trained, such results will be achieved?”

Extent of the field of ethics

“What is the result of the connection between knowledge, power, and love?” he asked, “I have been interested in such topics since I was fourteen years old. Since then, I have read most of the ethics books, I know their differences well, and I have read the biographies of many ethics’ professors. There are several shelves in my library about the lives of these great people and I still feel I must read them every day. Because the field of ethics is not one of the fields where we can say that someone has specialized and graduated. Since this field is so deep and sweet that it has no end, and with further study, one comes to the conclusion that he is incapable of giving thanks, and no matter how much he gives thanks for the blessings of God Almighty, he still has not done the right thing.”

“There are Fiqh al-Asqar (minor jurisprudence), Fiqh al-Awsat (middle jurisprudence) and Fiqh al-Akbar (major jurisprudence), and the Fiqh al-Awsat is the ethics and self-knowledge. Ethics does not mean reading a thousand ethical books, but one may read many ethical books, but he is still far from the comprehensiveness of ethics according to Quranic verses and hadiths. A person may have become a mujtahid in the Fiqh al-Asqar, but there is a great world in relation to the inner self and soul of man, and man must pay attention to this inner self,” he said, explaining the nature of ethics.

“Fiqh al-Akbar (major jurisprudence) means theology. Imam Ali (a.s.) quoted the Prophet (p.b.u.h), “O Ali! No one knew God comprehensively, except you and me.” Imam Ali (a.s.) said in Nahj al-Balaghah, “O God! I praise you for not being able to dive into the boundless ocean of your knowledge yet.” Even the Prophet himself says: “مَا عَبَدْنَاكَ أَقَّ عِبَادَتِكَ وَمَا عَرَفْنَاكَ حَقَّ مَعْرِفَتَ” (O God! We have not fulfilled your right of knowledge and worship” Because the knowledge of God is infinite. Man is not a small creature, but he has great greatness. If human society were to become acquainted with the reality of its existence, it would not be preoccupied with many trivial matters,” he said, stating that man should look at himself and discover the truth within him.