In the Conference “Study of the priorities and strategies for disseminating the teachings of the AhlulBayt (a.s.) in the international arena; with emphasis on the Indian Subcontinent, Southeast Asia, and Latin America regions” new publications of AhlulBayt (a.s.) World Assembly unveiled. 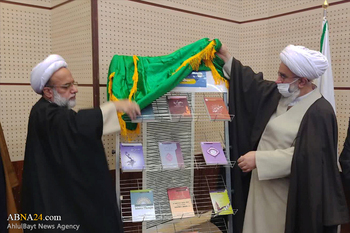 At the end of the meeting, new publications of the AhlulBayt (a.s.) World Assembly unveiled by Ayatollah Reza Ramazani, Secretary General of the Assembly, and Hojat al-Islam Mahdi Mahdavipour, representative of the Supreme Leader in India.

The titles and specifications of the books that were unveiled are as follows:

“A survey into the lives of the infallible Imams (a.s.)”

“Joseph of the Quran”

“Promise of Security and Safety”

“Principles of Beliefs in Forty Lessons”