A virtual ceremony was held for the commemoration of the late Professor Pishvaee. 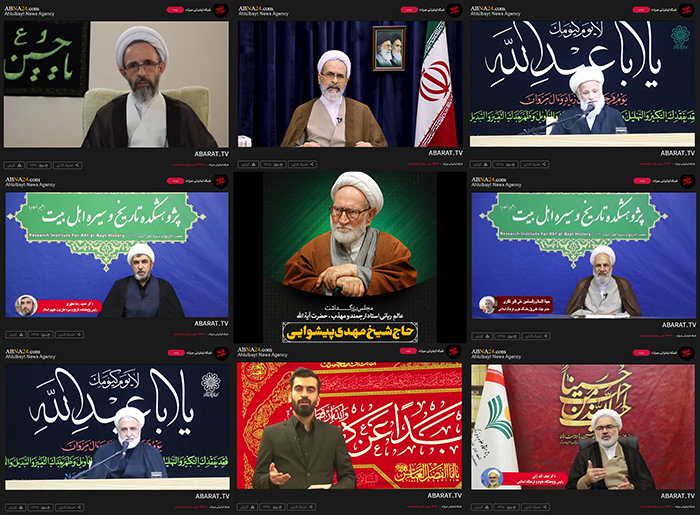 At the beginning of the meeting, referring to the characteristics of the late Pishvaee, Ayatollah Alireza Arafi, the head of the seminaries, stated, “He had a media personality, and since the founding of “Maktab-e-Islam” magazine, he wrote for that. He had more than 200 articles in magazines. He was one of the top experts in Radio Ma’aref.”

“The late Pishvaee had an eloquent tone in his writings and some of his books are among the textbooks that show the power of his pen. The late Pishvaee generated important resources in the field of history,” he added.

The works of the late Pishvaee are influential nationally and internationally

Saying that the late Professor Pishvaee was a pious, moral, patient, and kind person, Hojat al-Islam Mahmoud Rajabi, president of the Imam Khomeini Education and Research Institute, as another speaker at the meeting, stated, “Those who came to him were greeted beautifully. He answered questions calmly and expressed his precise opinions.”

“His works were welcomed by academics and seminarians and were introduced as a textbook in both the seminary and the university. These works were written in a way that has been welcomed internationally, and have been translated and published in various languages,” he continued.

The late Pishvaee was an expert in the history of Islam

“In the book “Maqtal Jame-e Sayed al-Shohada”, the late Pishvaee researched the Ashura event from beginning to end, along with the issues surrounding it” he added.

Hojat al-Islam Motahari, the head of the AhlulBayt (a.s.) History and Life Research Institute, stated, Professor Mahdi Pishvaee was one of the pioneers of the Islamic history in the seminary of Qom, and through him, many scholars and clerics became acquainted with the history of Islam.”

“Professor Pishvaee was a unique figure in the seminary of Qom who performed very valuable services in history field of study,” he mentioned.

Hojat al-Islam Mohammad Reza Jabbari, professor of Imam Khomeini Education and Research Institute, said in the commemoration meeting of the late Professor Pishvaee, “Professor Pishvaee was one of the leading professors in the history of Islam, with decades of research, teaching, and managing research affairs.”

“Professor Pishvaee was a good writer and had an eloquent expression. Evidence of this is the book “Sire-ye Pishvayan” (The Life of Leaders) which filled the curriculum gap in the seminary and the university in this field and became a textbook,” he continued.

The late Pishvaee was the undisputed professor of the political life of the Imams (a.s.)

In the final part of the commemoration ceremony for the late Pishvaee, Hojat al-Islam Najaf Lakzai, the head of the Islamic Sciences and Culture Academy, said, “The late Pishvaei was an undisputed professor of Islamic history and the political life of the Imams (a.s.). The political life of the Imams (a.s.) is important for Muslims and after the victory of the Islamic Revolution, society-building based on Islam and Islamic models became the basis of all affairs. According to the Quran, the way to build a society is to follow role models.”

“The activities of the late Professor Pishvaee are important because he went into the history of Islam and organized important researches and studies, nurtured many students and researchers, and supervised important dissertations,” he mentioned.

Among the famous and important books of Professor Pishvaee, are “Sire-ye Pishvayan” (The Life of Leaders) which is the textbook of Islamic seminaries, and “History of Islam (from Jahiliyyah to the demise of the Prophet of Islam)” which is the textbook of universities. He was one of the professors of Imam Sadegh (a.s.) Research and Training Institute and the director of the history department of Imam Khomeini Education and Research Institute.