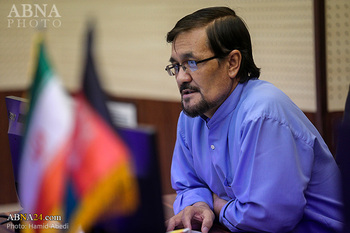 On Monday, May 17, 2021, a scientific meeting entitled “Study of the legal aspects of the terrorist attack on the Sayed Al-Shuhada (a.s.) school, west of Kabul” was held by the AhlulBayt (a.s.) World Assembly, in the conference hall of the Assembly in Qom.

Dr. Mohammad Awaz Etemadi, the scientific secretary of the meeting, said at the beginning of the meeting, “The political tradition in Afghanistan is based on fear, monopoly, and racial, ethnic, linguistic, and gender discriminations. After years of war, and after the fall of the Taliban, and the establishment of a new system of government with democracy, the people of Afghanistan expected an end to these attitudes and witness social justice, peace, and security to prevail in the country, and experience a quiet life.”

“As time goes on, we witness new crises in Afghanistan, such as bombings and assassinations. More and more innocent people are being killed in this country every day. Afghanistan’s Shiites, especially the country’s Hazaras, are more vulnerable to terrorist attacks,” Etemadi, a Ph.D. in Criminal Law and Criminology continued.

“The Hazara genocide project began with the massacre of the Hazaras during the reign of Abdul Rahman, and the killing of Hazaras, especially women and children, continues. In recent years, we have witnessed a barrage of innocent Hazara people and terrorist attacks against their educational and religious centers. In the latest incident, the Sayed Al-Shuhada (a.s.) school in Kabul was attacked, killing and injuring a large number of innocent children,” he added.

“We need to make it clear that genocide is being perpetrated against an ethnic group, and that there are solutions to save that ethnic group. Scholars, researchers, and lawyers have a responsibility in this regard,” Etemadi said, referring to the need to provide information about the genocide of Hazaras in Afghanistan.

“Terrorist groups exploit women in their actions and enslave women after occupying a region,” he said.