The attack was the biggest terrorist crime since the Taliban came to power. While, before coming to power, the Taliban had promised the Afghan people and the international community to provide security and counter-ISIS and terrorist attacks. 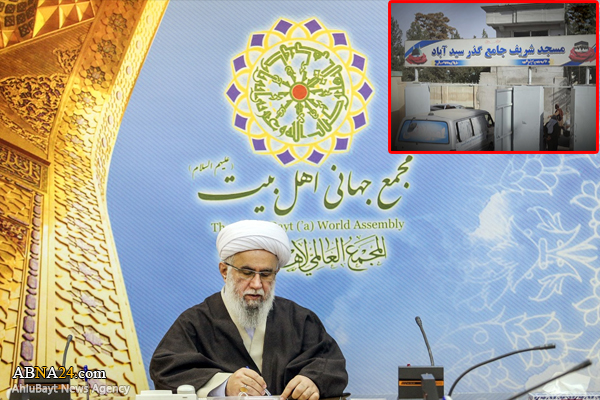 In a message, Ayatollah Reza Ramazani, Secretary-General of the AhlulBayt (a.s.) World Assembly, denounced the terrorist attack on the Shiite Mosque in Kunduz, Afghanistan, and called for the perpetrators of this heinous crime to be identified and punished.

The message of the Secretary-General of the AhlulBayt (a.s.) World Assembly is as follows:

The terrorist explosion by ISIS criminals in the Sayed Abad Mosque in Kunduz, which martyred and injured more than 200 Shiite worshipers, caused great sorrow and grief to Muslims, especially Shiites.

The attack was the biggest terrorist crime since the Taliban came to power. While, before coming to power, the Taliban had promised the Afghan people and the international community to provide security and counter-ISIS and terrorist attacks.

Therefore, it is necessary for the officials of Afghanistan to seriously identify and deal with the perpetrators of this barbaric crime and prevent the recurrence of such atrocities.

It is essential for all right-seekers, humanitarians, and Shiites around the world to denounce this heinous crime.

It is also necessary for all human rights and counter-terrorism organizations around the world to respond to such incidents. It is also imperative for all intelligence and security agencies to make more concerted efforts internationally to prevent these horrific and tragic events.

Immediate action is also needed for relief agencies inside Afghanistan and around the world to provide services to the victims - especially given the current situation of the country.

The AhlulBayt (a.s.) World Assembly strongly condemns this terrorist act, and while offering condolences and sympathy to the families of the martyrs and the people of Afghanistan, we pray for the martyrs of the attack divine mercy and paradise, and patience for the families and acquaintances of the martyrs, and immediate and complete healing for the injured.