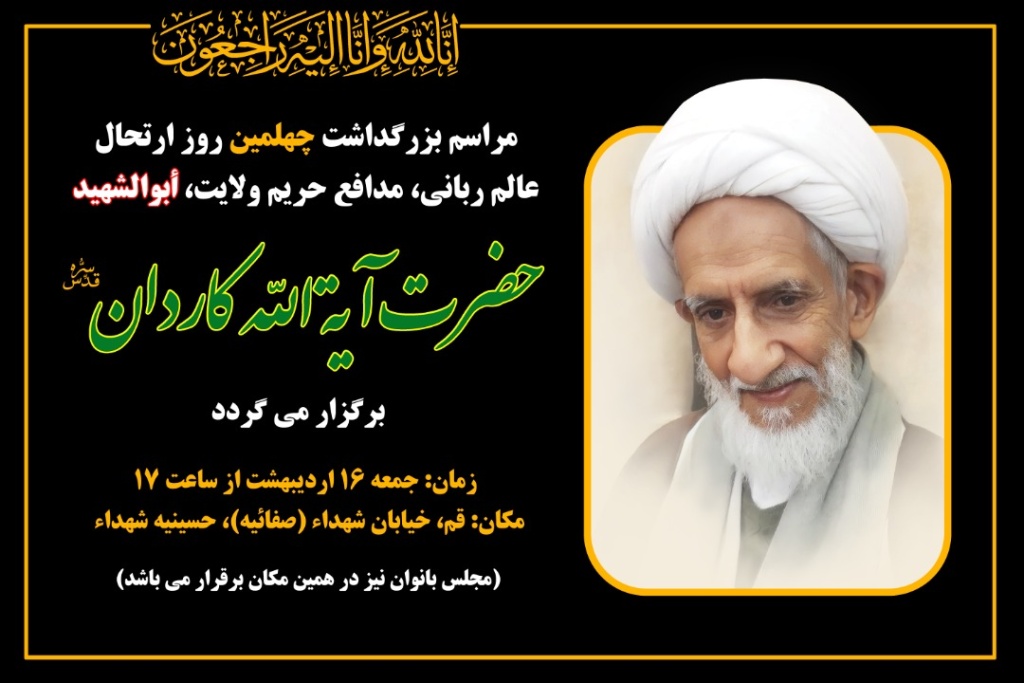 A commemoration ceremony on the 40th day of Ayatollah Kardan’s demise will be held at the Shohada Husseiniyah. 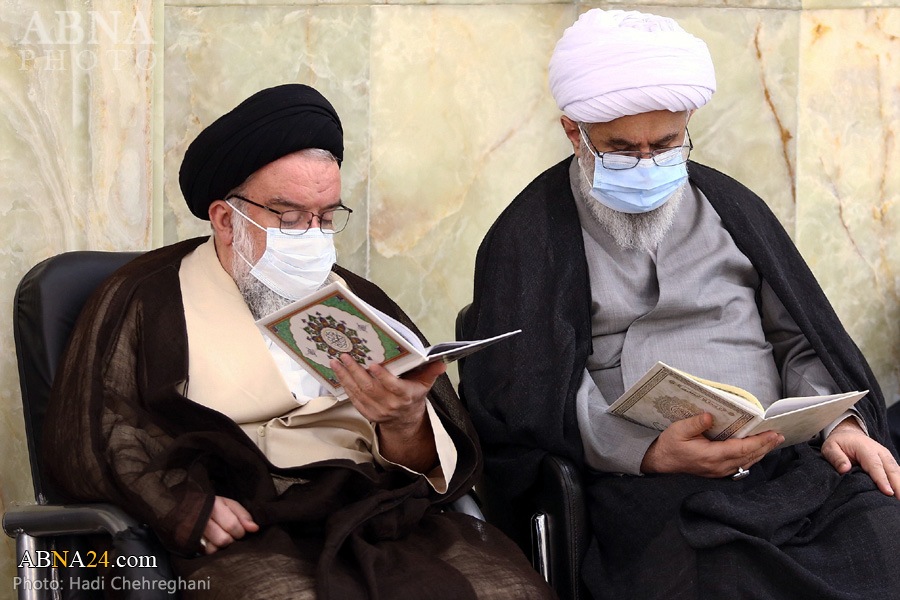 Photos: Commemoration ceremony of the martyred clerics of the terrorist attack in the shrine of Imam Reza (a.s.), in the presence of Ayatollah Ramazani

On Thursday evening, April 14, 2022, a commemoration ceremony for the martyred clerics of the terrorist attack in the holy shrine of Imam Reza (a.s.) was held at the Grand Mosque in Qom by some seminary institutions in the presence of Ayatollah Reza Ramazani, Secretary-General of the AhlulBayt (a.s.) World Assembly, Ayatollah Sayed Ahmad Khatami, and Ayatollah Mohammad Mahdi Hadavi Tehrani, members of the Supreme Council of the Assembly. 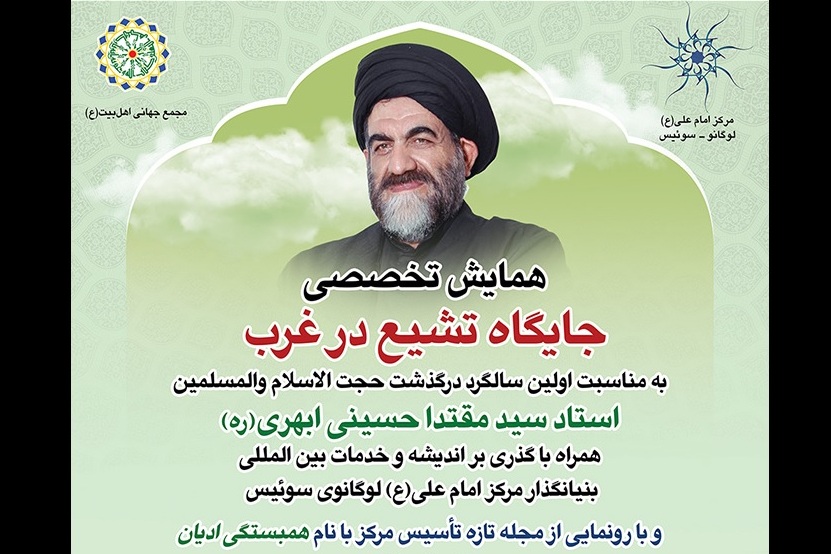 On the first anniversary of the founder of the Imam Ali (a.s.) Islamic Center of Lugano, Switzerland, a commemoration ceremony will be held. 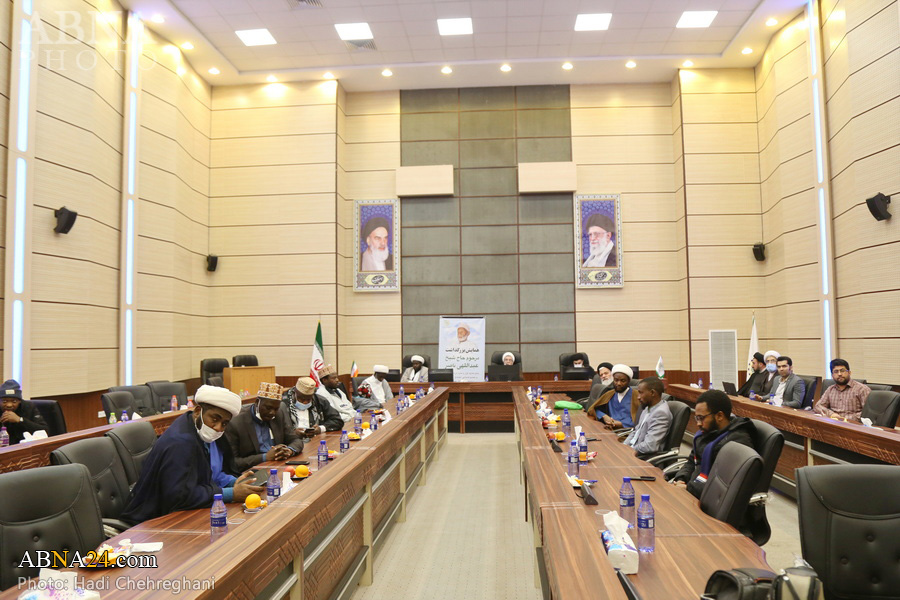 On the occasion of the demise of the divine scholar, the preacher of the teachings of the Quran and AhlulBayt (a.s.) in East Africa, and Kenyan member of the General Assembly of the AhlulBayt (a.s.) World Assembly, Sheikh Abdillahi Nasir Juma, a commemoration ceremony was held online and in person on Tuesday, January 18, 2022, from 19:00 Tehran time at conference Hall of AhlulBayt (a.s.). 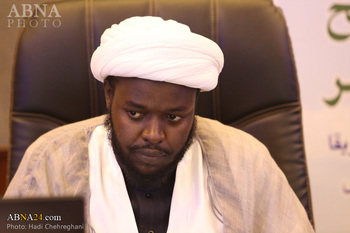 A Shiite missionary in Kenya said, “Sheikh Abdillahi Nasir’s propagation method was based on Shia-Suni approximation. He had good relations with Sunni scholars and participated in Sunni ceremonies.”

The son of late Sheikh Abdillahi Nasir said, “The efforts of this eminent scholar brought fruit as many people persuaded by his lectures and writings as well as by his personal example, joined the path of AhlulBayt (a.s.). Sheikh Abdillahi Nasir has left behind a thriving Shia community in the region and beyond.” 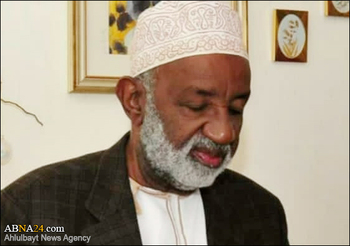 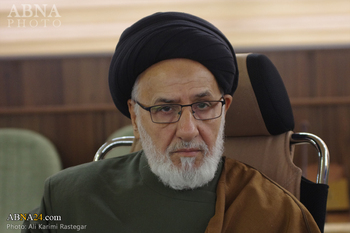 The award that Sheikh Abdillahi Nasir lost for becoming a Shiite!

A member of the Supreme Council of the AhlulBayt (a.s.) World Assembly said, “Sheikh Abdillahi Nasir was revered by scholars in various East African countries and was a prominent figure in the Islamic world.”