Sheikh Mohammad Saeed Jaloo, who spent his blessed life preaching and teaching in different parts of Guinea, was one of the pioneers and preachers of the teachings of the AhlulBayt (a.s.) in the country. 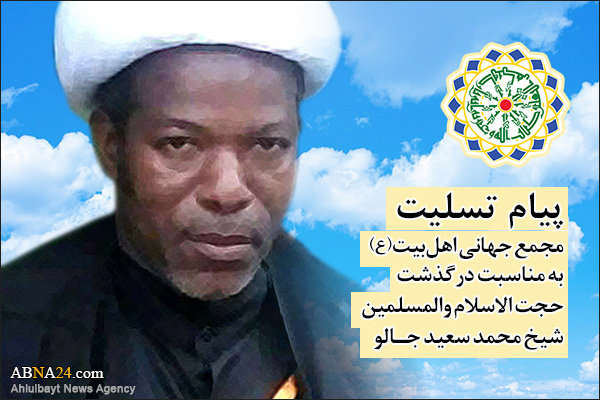 In a message, the World Assembly expressed its condolences on the death of Hojat al-Islam Sheikh Mohammad Saeed Jaloo, one of the Shiite clerics of the Conakry Guinea.

The text of the condolence message is as follows:

In the name of Allah, the Compassionate, the Merciful

The demise of Hojat al-Islam Sheikh Mohammad Saeed Jaloo, one of the scholars of the of Conakry Guinea, caused grief and sorrow.

He was one of the pioneers and preachers of the teachings of the AhlulBayt (a.s.) in Guinea and spent his blessed life preaching and teaching in different parts of the country.

In fact, his blessing life was a model for the high values of the religion of Islam. A person with morals and service, with a high spirit of preaching, he connected and attracted a large number of young people to pure Muhammadan Islam.,

The AhlulBayt (a.s.) World Assembly express its condolences to his honorable family and all his friends, acquaintances, professors and students of seminaries, and prays to God for his exaltation and patience for his family.