Ayatollah Ramazani: Zaria massacre was a tragedy in history of Muslims/ Sheikh Zakzaky respected by followers of various religions 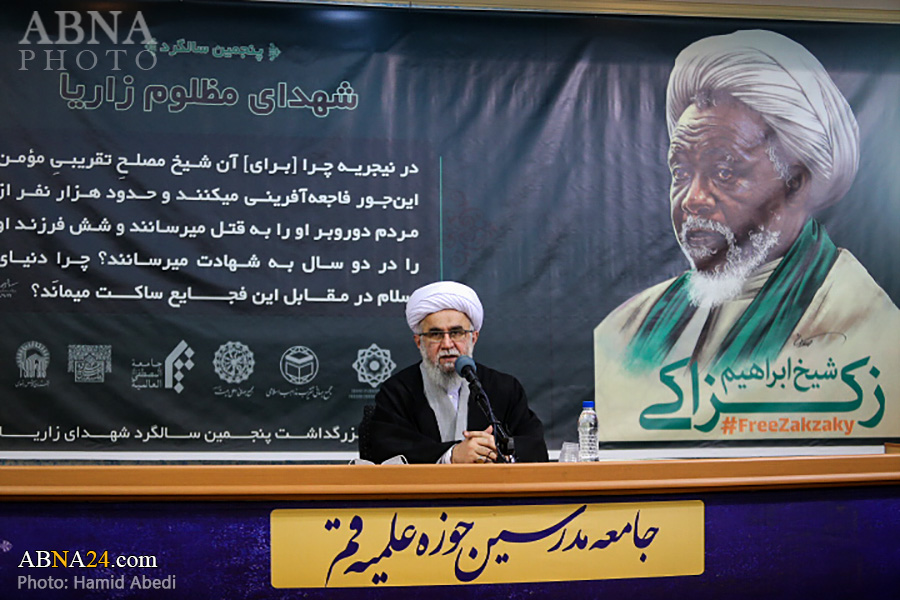 The Secretary General of AhlulBayt (a.s.) World Assembly Ayatollah Ramazani delivered a speech on Saturday, December 12, 2020, at the fifth anniversary of the oppressed martyrs of Zaria, in Qom.

Referring to the crime of killing Nigerian Shiites, Ayatollah Ramazani said that painful incident took place in the city of Zaria, which can be described as a catastrophe in the history of Muslims and this incident has no human, religious or security justification.

"The awakening and resistance to colonialism is institutionalized in the international arena. Islam is the religion of mercy and this religion has come to spread mercy," he said.

The Secretary General of AhlulBayt (a.s.) World Assembly called Sheikh Ibrahim Zakzaky a pious, moral, law-abiding scholar and said that Nigerian court has been unable to gather any evidence that Sheikh Ibrahim Zakzaky was acting illegally and He was a religious man who had an approximate view and sought unity among Muslims so that war and violence would not occur among them.

"There is no justification for such a violent move if we want to look internationally at the Zaria massacre," he added.

"The citizenship rights of the leader of the Islamic Movement of Nigeria must be upheld. Treatment is a basic human right and Sheikh Zakzaky should not be deprived of this right. He promoted nothing but rationality, spirituality. Not only the followers of AhlulBayt (a.s.)but also the followers of other religions respected Sheikh Ibrahim Zakzaky. Respect for him is respect for spirituality and rationality," he added.