6th Conference of Imam Ali (a.s.) was held in Italy

The 6th conference of Imam Ali (a.s.) was held in Italy attended by Ayatollah Ramazani. 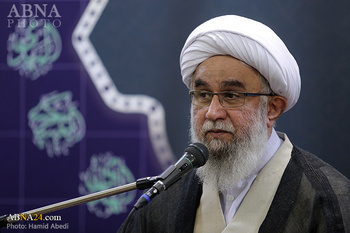 The “6th Conference of Imam Ali” on the subject of the lifestyle of “Amir al-Mu'minin Ali ibn Abi Talib (a.s.)” was held online in Italy.

Held on Saturday evening, February 20, 2021, and organized by “Islamic Confederation of Italian Shiites”, the representatives of the different religious groups expressed their views on the great character of Imam Ali (a.s.).

This year, the special guest of Conference of Imam Ali (a.s.) was the Secretary General of the AhlulBayt (a.s.) World Assembly, Ayatollah “Reza Ramazani”, who delivered his speech at the beginning of the conference.

The concern of Imam Ali (a.s.), the transformation of human society into a divine, humanly and value-oriented society, and the path of the human would be the development of communication that is in the path of human life, progress, excellence, and evolution and grows individually and socially

“Imam Ali’s concern was that human society should become a divine and value-oriented society and the path of human beings should be the path of progress and development so that society grows in both individual rationality and social rationality,” added Ayatollah Ramazani.

To read the complete text of the speech of the Secretary General of the AhlulBayt (a.s.) World Assembly in this conference, click here.