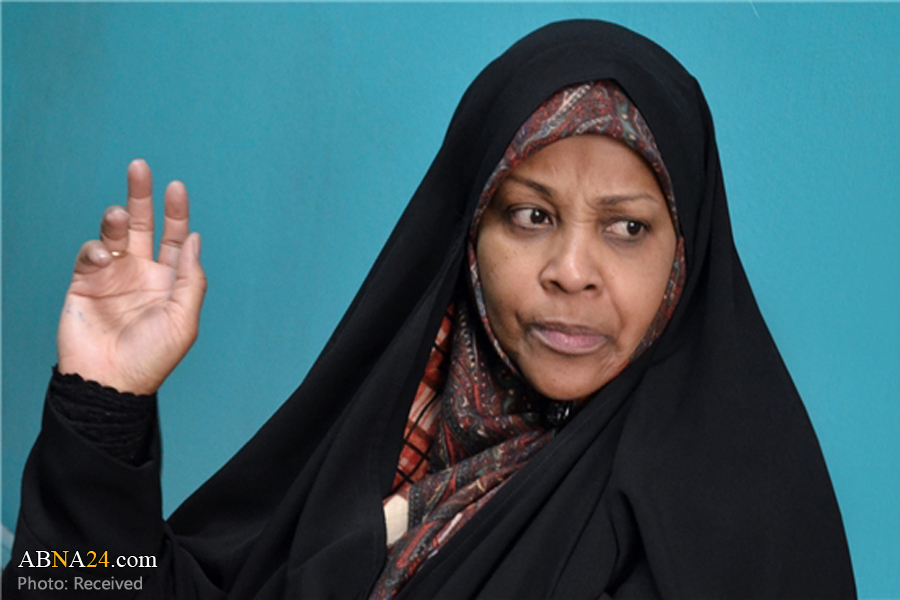 The full text of the message is as follow:

In the name of Allah, the Beneficent, the Merciful

I'm Marzieh Hashemei. I've been asked to talk about Dr. Vahid as I would call him, he was a brother and was a very good friend of my husband many years ago. I think I have known him probably for at least thirty years, perhaps longer.

He was very much affected one by revolution in Iran and in general of course by Islam and the Ahl al-Bayt (family of Prophet Muhammad).

He spent even last minutes of his life that he could be active; I know he was part of one of the African groups here and other that he had started on whatsapp whether he was talking about issues in deal with Africa or issues in deal with Latin America or the United States or elsewhere.

He was administrator of several very active groups. He was also a member of our Dua Komeil group here in Tehran although he couldn’t make it on regular bases because of his activity as a doctor and he was so busy. Bur he would make it when he could.

He is really going to be missed, a true Mujahid, someone who was very honest and humble. That’s why he had all his patient call him Vahid or Dr. Vahid. He was never in to the titles and never thought that he was more than others because of being a doctor.
(He was) always down to the earth, truly dedicated to Islam,

And really will be missed

May Allah bless his soul

May Allah help them through this very very difficult time,

Thank you very much

After enduring coronavirus for a while, Dr. Mohammad Vahid Rashid Farokhi, a member of the General Assembly of the World Assembly of the Ahl al-Bayt (AS) and an active member of the International Charity Foundation of Muslim Physicians (ICFMP), passed awayin Tehran on Saturday, August 15, 2020.