The Secretary-General of the AhlulBayt (a.s.) World Assembly stated, “Allameh Tabatabai lived an intellectual, intuitive and spiritual life. Allameh served knowledge, reasoning and thought, and today many prominent people in the field of philosophy are considered as his students.”

Delivering a speech in the ethics course of AhlulBayt (a.s.) International University, Ayatollah Reza Ramazani said, “Regarding the spiritual and scientific position of Allameh Tabatabai, the late Ayatollah Motahari says that the Allameh should be recognized in the next hundred years because he was a unique figure. Martyr Motahari also said, “Whenever I compare myself to Allameh Tabatabai, I see myself as a speck in an infinite sea, and when I compare myself to the late Imam Khomeini (r.a.), I see that I am nothing”.” 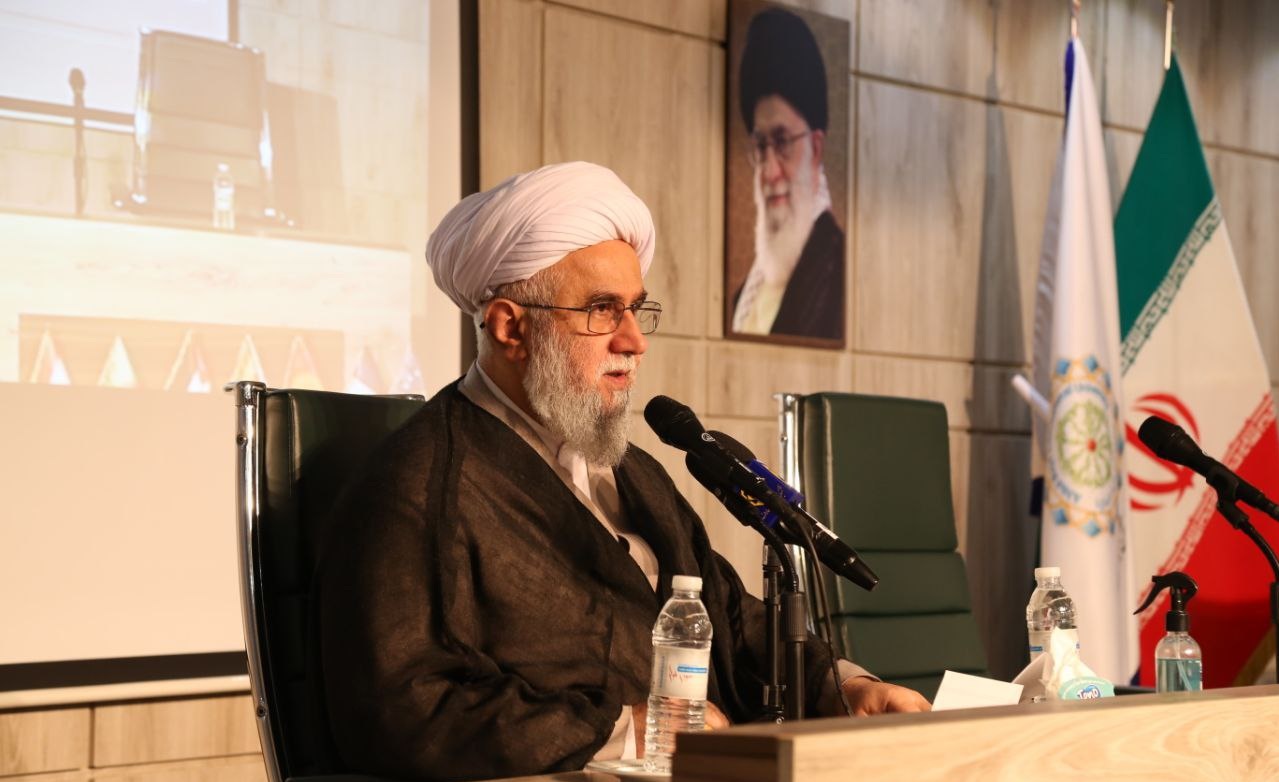 “A sage in the philosophical system always uses reason. reason has a high place among sages in such a way that all philosophers use intellect in the understanding. At the head of Masha Philosophy (Peripatetic School) before the advent of Islam was Aristotle, and after Islam it was Avicenna. At the top of the Ishraq Philosophy (Illuminationism) before Islam was Plato, and after Islam it was Suhrawardi, and at the top of Transcendent Theosophy was Mulla Sadra, who is considered the founder of the school. What is common among these three philosophies is reason,” he added.

About Transcendent Theosophy, the Secretary-General of the AhlulBayt (a.s.) World Assembly stated, “The late Ayatollah Hassanzadeh Amoli said “Argument, Quran and mysticism are not separated from each other. But in the Transcendent Theosophy, the source of intellect is used to understand and explain to others. Therefore, what we should pay attention to is that if philosophy appears in society with this approach, society will also become rational and will be guided towards contemplation.”

Considering the implementation of philosophy more important than reading and knowing the philosophy, he said, “Philosophy means reasoning and thinking, which must be included in the context of human life so that people are rational and thinkers. Some people only pay attention to the human sensory dimension and see only this dimension. On the other hand, some reach the stage of intuition in their self-purification and conduct, which is what mystics seek to achieve. If the reason flourishes, the society will be awakened and become wise.”

“In the Quran, God addresses sensory people, “O believers, respond to the call of God and His Messenger to attain life.” Prophets came to call mankind from sensory life to sensible life. This is because the Quran places a high value on thinking and reasoning, and about 300 Quranic verses have been revealed about thinking, contemplation and reasoning,” Ayatollah Ramazani continued.

“If this reasoning and thinking enters the academic and scientific field, will provide for the society to enter into reasoning and thinking. An intelligent society will definitely be progressive, and that’s what the Quran emphasizes and demands,” said the Secretary-General of the AhlulBayt (a.s.) World Assembly.

“Reason is the prophet of God,” he said, “God has given an inner prophet for humans, which is reason, and He also sent His messengers to make that inner treasure of man flourish, because messengers know how man can reach perfection through reason. Man can know himself through reason.”

“Ma’arifa and knowledge is the first thing that is raised in religion,” Ramazani emphasized, “Man should be adorned with divine attributes. That means, we know that God Almighty is wise, so man should also acquire wisdom. Religion is responsible for bringing man to the status of his intellectual life. Reason invites man to God’s service and brings him to heaven. Understanding gives man the power to elevate, and along with this understanding, there must be action. If you look at philosophy from this point of view, which is a tool for human growth and elevation, it helps to make the society wiser.”

“Being wise, man will never feel fear. A believer never sees himself as greater than others, and this is the result of reason. When he develops his intellect, man faces an infinite and sees himself as small. Therefore, philosophers and mystics should not be disrespected and abandoned. Allameh Tabatabai lived an intellectual, intuitive and spiritual life. Allameh served knowledge, reasoning and thought, and today many prominent people in the field of philosophy are considered as his students,” said the Secretary-General of the AhlulBayt (a.s.) World Assembly in the end. /345/