Ayatollah Akhtari offered his condolences on the demise of Dr. Firoozabadi

In a message, Ayatollah Akhtar expressed his condolences on the death of Dr. Firoozabadi.

In a message, Ayatollah Mohammad Hassan Akhtari expressed his condolences on the demise of Dr. Sayed Hassan Firoozabadi, a member of the General Assembly of the AhlulBayt (a.s.) World Assembly and the Expediency Discernment Council.

The message of condolence of the Chairman of the Supreme Council of the AhlulBayt (a.s.) World Assembly and the Chairman of the Committee for the Support of the Islamic Revolution of the Palestinian People in the Presidential Institution is as follows: 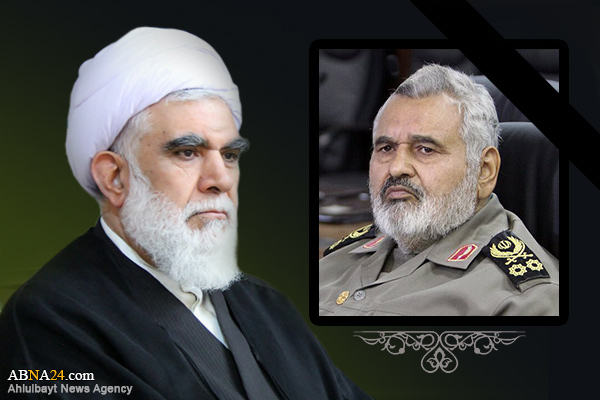 “Among the Believers are men who have been true to their covenant with Allah: of them some have completed their vow (to the extreme), and some (still) wait: but they have never changed (their determination) in the least.” (Holy Quran, Surah: Al-Ahzab, Verse: 23)

I offer my condolences to the Commander-in-Chief of the Armed Forces, Supreme Leader, Imam Khamenei, on the sudden demise of his longtime and loyal friend, a pious scientist and tireless mujahid, Major General Dr. Haj Sayed Hassan Firoozabadi, the incident which caused great sorrow and regret.

The deceased, who was a veteran of the struggle against the oppressive Shah’s regime and one of the pioneers of cultural and ideological activities in universities, became a source of rare services in various fields after the victory of the glorious Islamic Revolution.

His humanitarian efforts in the Red Crescent Society, serving in the Constructive Jihad for the development of deprived areas, jihad on the right-against-wrong fronts during the eight years of holy defense (against Iraq), long and influential term as the commander of the General Staff of the Armed Forces of the Islamic Republic of Iran, membership in the Supreme National Security Council and the Expediency Discernment Council were just a small part of the continuous activities of the deceased to strengthen the independence and greatness of the holy system of the Islamic Republic and to expand the welfare and security of the country and the people of Iran.

The services and jihadi tenures of late Dr. Firoozabadi, did not hinder the scientific activities of this prominent commander of Islam from writing, propagation and training the students and the young generation. Rather, in all these years, by teaching, lecturing, writing scientific articles, presenting accurate and logical analyzes in defense of the pure Muhammadan Islam (p.b.u.h) and supporting Velayat-e-Faqih and Marhaiat, being faculty member and trustees of universities, as well as supervision of dissertations, this dedicated soldier of the leadership and the Velayat also continued his scientific and research activities; in a way that he was among the best defenders and supporters of the Velayat.

His love for Imam Mahdi (a.s.) and his great interest in Marjaiat and the clerics, especially Imam Khomeini (r.a.) and the Supreme Leader, was another golden page of the life of this descendant of Hazrat Zahra (a.s.). So that this issue had always made him one of the pioneers in the fields of defense of the Velayat and Imamate.

Membership and activity in the General Assembly of the AhlulBayt (a.s.) World Assembly – which has the mission of promoting the teachings of Thaqalayn (Quran and AhlulBayt) and elevating the intellectual and cultural level of the followers of AhlulBayt (a.s.) worldwide – will also be the luggage of the deceased in his eternal journey.

I pray to God Almighty, mercy forgiveness, and companionship with his Imam, Hazrat Aba Abdullah Al-Hussein (a.s.), for his pure soul, and patience for all his family members and relatives.

Chairman of the Supreme Council of the AhlulBayt (a.s.) World Assembly,