Members of the AhlulBayt (a.s.) Assembly of India met with the Deputy for Economic Cooperation of the Assembly

The Deputy for Economic Cooperation and Public Participation of the AhlulBayt (a.s.) World Assembly met with two members of the Office of the Assembly in India. 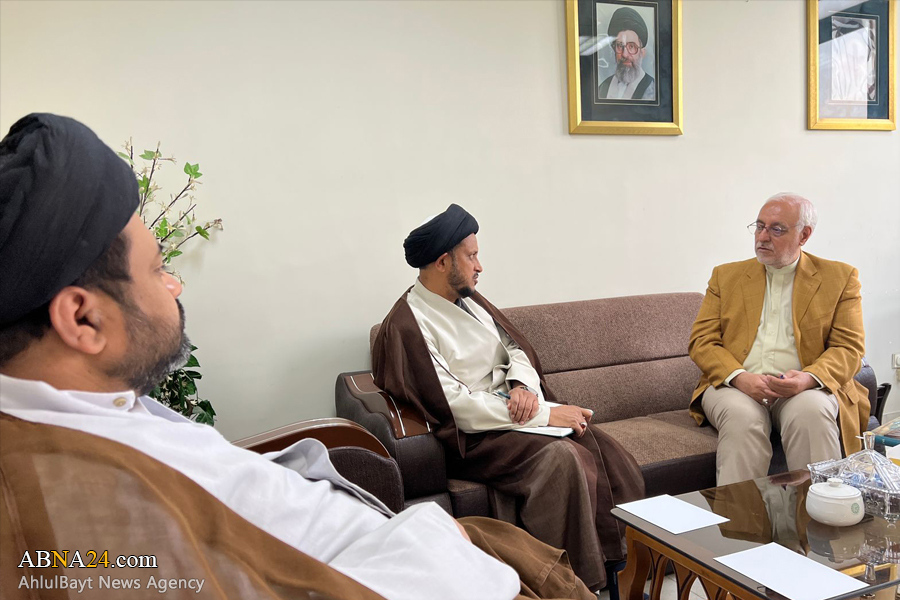 In the meeting, which was held on Sunday, June 12, 2022, in Tehran, Hojat al-Islam Gharavi, Hojat al-Islam Taghavi and Hojat al-Islam Jafari, together with Mr. Moniri Nik, assessed ways of cooperation and synergy to empower Shiites, as well as improving their situation in India.

Also in the meeting, the increasing trade and economic relations between the two countries, as well as the participation of citizens and the private sector were discussed.

It should be mentioned that the 50 to 60 million population of Shiites in India is the largest Shiite population in the world after Iran.