The meeting of the AhlulBayt (a.s.) World Assembly with the Mawkeb owners and international activists of Arbaeen was held in the presence of Ayatollah Ramazani, the Secretary-General of the Assembly. 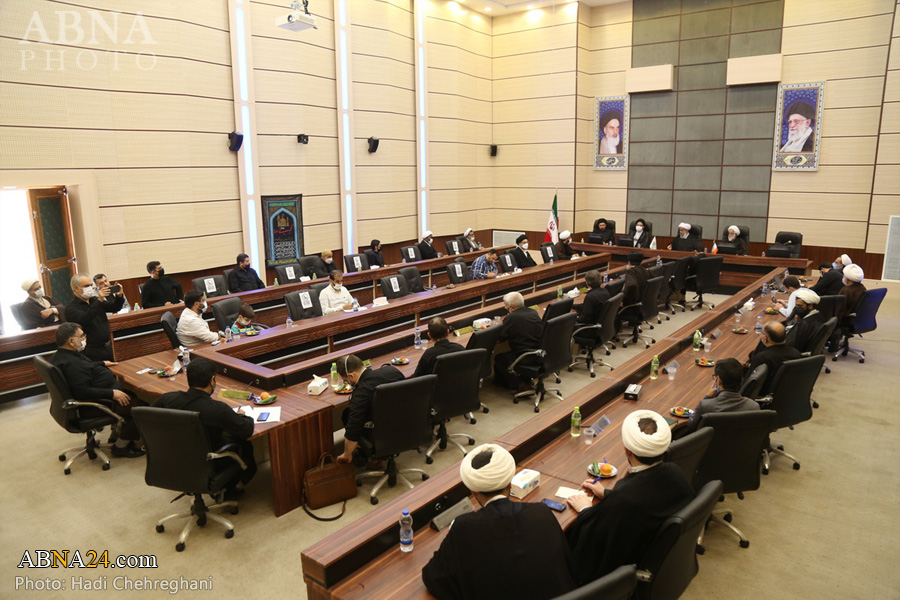 At the beginning of the meeting, referring to the importance of Arbaeen, Hojat al-Islam Ahmad Ahmadi Tabar, the Deputy for Scientific and Cultural Affairs of the AhlulBayt (a.s.) World Assembly, stated, “In the religious culture (of Shia), Arbaeen is of special importance. In the case of Arbaeen, there are various dimensions, including the emotional and Hosseini’s passion dimension, and in these cases, appropriate measures have been taken.”

Ayatollah Reza Ramazani, Secretary-General of the AhlulBayt (a.s.) World Assembly, continued at the meeting, “Arbaeen has several capacities, of which we can mention the emotional connection as its huge capacity. There is no more emotional phenomenon than the tragic event of Karbala. So that it creates an internal revolution. The other dimension of Arbaeen is its moral and behavioral dimension.”

“These capacities need more attention. They have intellectual, educational, social, and political dimensions and should not be neglected,” he stated, considering it necessary to pay attention to the capacities of Arbaeen.

In another part of the meeting, referring to the characteristics of Arbaeen, Hojat al-Islam Abdolfattah Nawab, the representative of the Supreme Leader in Hajj pilgrimage affairs, stated, “Arbeen is a great opportunity. Because there are many walks in the world. But the Arbaeen pilgrimage path is a focal point for awakening everyone.”

“Arbaeen lovers are not just Shiites. Sunnis and Christians were present in Arbaeen Walk. If it weren’t for the Covid-19 pandemic outbreak, the Arbaeen Walk would be international (again this year),” he continued.

Then in the meeting, Hojat al-Islam Rafed Al-Tamimi, the head of the Warith al-Anbia Institute, said, “The Arbaeen pilgrimage has many effects on the Iraqi and non-Iraqi political arenas. The enemies of Islam and Shia are upset by the Arbaeen pilgrimage.”

In the final part of the meeting, Arbaeen activists from various Mawkeb and institutions introduced themselves and their activities. Also, a decision was made to form the Arbaeen Mawkebs Council in the international arena.