Scientific discussions have many effects, blessings for Islamic world: Eskandari

The secretary of the Scientific Conference Umana al-Rosol (Trustees of the Messengers) stated, “We must criticize each other in discussions. With scientific discussions, we can decide the right path.”

ABWA Official Website - The Scientific Conference of Umana al-Rosol (Trustees of the Messengers) was held today, Wednesday, November 23, 2022, at the seminary of Imam Musa Kazem (a.s.) in Qom.

Declaring that the purpose of holding the Scientific Conference of Umana al-Rosol (p.b.u.h) is to recognize scientific capacities, Hojat al-Islam Reza Eskandari, the secretary of this conference, said, “There are many precious capacities in Islamic World. Many researchers of Iran and Iraq did not know Allameh Al Khersan. But by God’s grace and with three years of effort in Iran, about 30 scientific meetings were held to recognize his scientific status.” 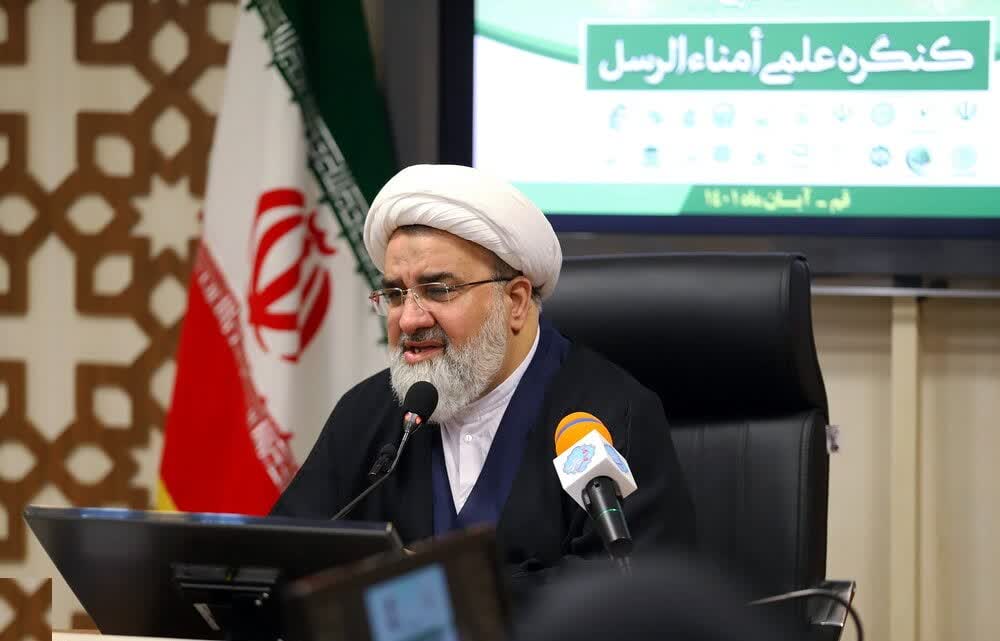 Emphasizing the need to identify scientific capacities and honor them, he said, “We have a heavy mission and duty for the felicity of humanity, and we must introduce Islam to them.”

Meetings of the commissions are more important than public meetings,” Eskandari stated, “These scientific discussions have many effects and blessings for the Islamic world. Dialogue is useful and we should therefore talk for the needs of the Islamic world.”

“Among the topics that ulama and Islamic experts should discuss are issues related to the family, the role of women and mothers, Islamic lifestyle, Islamic civilization, the gap between generations, human rights, social justice from the point of view of Islam, examples of oppression, governance in Islam, and Velayat-e Faqih,” he added.

“We must criticize each other in discussions. With scientific discussions, we can decide the right path. Some articles can be criticized and discussed, and these discussions help us in explaining Islam correctly,” Hojat al-Islam Eskandari concluded.

Further in the conference, Hojat al-Islam Rabbani, the scientific secretary, presented a brief report on the holding of the commissions.

It worth mentioning that the Najaf section of the “1st Conference of the Umana al-Rosol (Trustees of the Messengers): Commemoration of the Grand Ayatollah Sayed Muhammad Mahdi Al-Musawi Al-Khersan” with research meetings was held in the Holy Shrine of Imam Ali (a.s.). The closing ceremony of this section was also held on the Tuesday evening, October 18, 2022, in the conference hall of Lady Fatimah Zahra (a.s.), and the authors of the selected articles and a number of organizers of the conference were appreciated.