A faculty member of the Islamic Sciences and Culture Academy said, “The late Pishvaee was one of the experts in the history of Islam and wrote several books in this field. 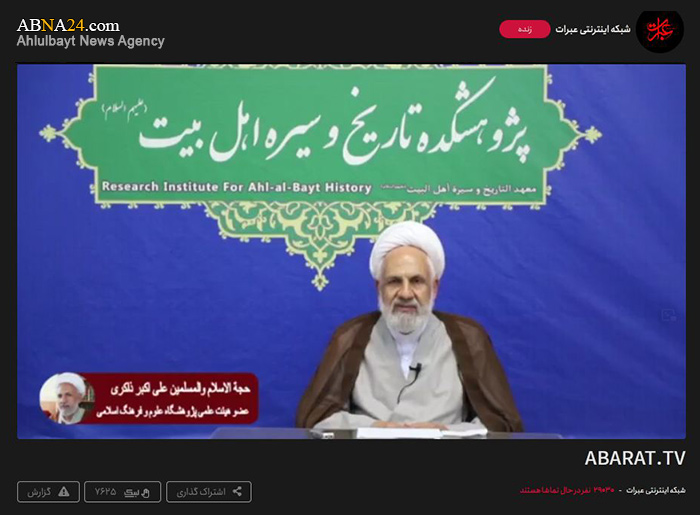 “In the book “Maqtal Jame-e Sayed al-Shohada”, the late Pishvaee researched the Ashura event from beginning to end, along with the issues surrounding it” Hojat al-Islam Ali Akbar Zakeri continued.

“I first heard the name of the late Pishvaee in Maktab-e Eslam (The School of Islam) magazine. He wrote chain articles in the magazine. The late Pishvaee was interested in the history of Islam. His book “Sire-ye Pishvayan” (The Life of Leaders) is accompanied by critics and review and that has been selected as a textbook,” he added.

“The book “True Heroes of Islam” is one of the works of the late Pishvaee, which was written before the Islamic Revolution in the form of stories in order to be both attractive and understandable to everyone,” said Zakeri, referring to the books of Professor Pishvaee.

“On the advice of Ayatollah Meshkini, the late Pishvaee came to Qom. Answering religious questions was one of the activities of the late Pishvaee on Radio Maaref. His answers had a special feature. These answers were both scholarly and concise, so that they could be used by everyone,” he mentioned.

The loss of a Faqih creates a breach in religion

In another part of the ceremony, Ayatollah Mohammad Hadi Yousefi Gharavi, a of the higher levels of Islamic seminary in Qom and the university professor, gave a very short speech.

“According to the hadiths, whenever a Faqih passes away, there will be an irreparable breach in Islam that nothing can compensate it until the Day of Judgment,” he said.

“Imam Khomeini (ra) cited this hadith on the subject of Velayat-e-Faqih, which he presented in the Sheikh Ansari Mosque in Najaf. Because the hadith goes on to say: Such an Alem is like a fortress that protects Islam against the opposition,” the professor of history continued.